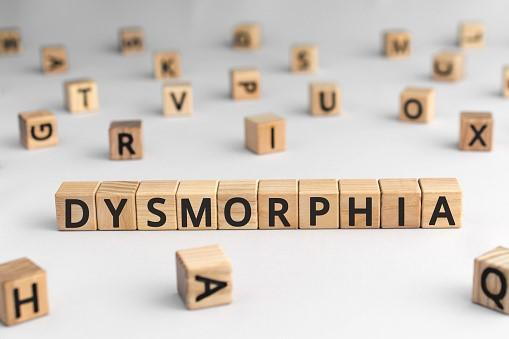 Body dysmorphic disorder (BDD) is a mental disorder in which a person can’t seem to get their mind off apparent shortcomings in their appearance. This problem appears to be minor or is not visible to others. However, people suffering from BDD may avoid numerous social interactions because they are embarrassed, ashamed, or nervous.

The individual develops habits such as repeatedly checking the mirror, grooming, or seeking reassurance, sometimes for many hours each day. Your perceived flaw and repetitive behaviors cause you significant distress and impact your ability to function in your daily life.

This blog explores the symptoms, diagnosis, and treatments for body dysmorphic disorder. Read on to learn more.

A person suffering from body dysmorphic disorder has the following symptoms:

BDD patients can despise any aspect of their body, but they frequently criticize their hair, complexion, nose, chest, and stomach. In fact, a perceived flaw could be a minor flaw or even non-existent. However, for someone with BDD, the fault is big and visible, producing considerable emotional discomfort and daily functioning issues.

According to the American Psychiatric Association, BDD is most common in adolescents between 12 and 13. Studies also show that it affects men and women almost equally. BDD affects roughly 2.5 percent of males and 2.2 percent of females in the United States.

The causes of BDD are unclear, but certain biological and environmental factors may contribute to its development. BDD may also be associated with:

BDD is difficult to diagnose because of the guilt and secrecy that typically accompany it. Many cases of BDD go unnoticed, according to most experts. People with the illness are frequently embarrassed and hesitant to discuss their issues with their doctors. As a result, the condition may go undiscovered for years, or it may never be diagnosed.

The doctor will begin their evaluation with a complete history and physical exam in diagnosing BDD. If a doctor suspects BDD, they may refer the patient to a psychiatrist or psychologist, medical experts specializing in diagnosing and treating mental diseases. A psychiatrist or psychologist will treat the suspected body dysmorphic disorder based on the patient’s attitude, behavior, and symptoms.

Treatment for BDD could be in the form of:

Cognitive Behaviour Therapy (CBT) teaches you various ways of thinking about and dealing with your habits, as well as what triggers your symptoms. You and your therapist will set therapeutic goals and work together to achieve them.

CBT for treating BDD will also incorporate exposure and response prevention (ERP). This is progressively exposing yourself to situations that would typically cause you to obsess over your appearance and feel stressed. Your therapist will guide you to find ways of dealing with your feelings in these situations. After the duration of your treatment, you become able to deal with different situations without feeling self-conscious or afraid.

According to a study, CBT combined with selective serotonin reuptake inhibitors (SSRIs) is quite effective in treating BDD.

It can be tough to seek treatment for BDD, but it’s vital to realize that you have nothing to be ashamed of. It’s critical to seek help because your symptoms are unlikely to go away without therapy and may even worsen. A trusted option is Houston OCD COUNSELING.

Houston OCD Consulting is a group of licensed professional counselors specializing in treating body dysmorphic disorders and OCD. We use evidence-based behavioral treatments such as cognitive-behavioral therapy and exposure/response prevention therapy. Reach out to us at 281-780-8318 or book an appointment online at your convenience.